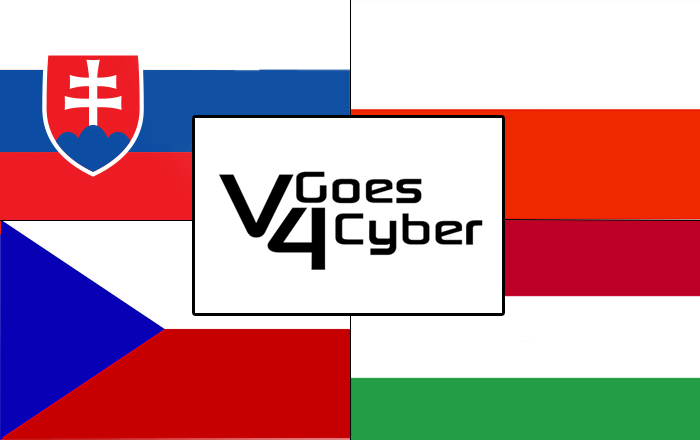 The goal of this project is to improve the coordination and efficiency of approaches of Visegrad group countries on the matters of cyber security, through research, analysis and public discussions. In cooperation with organisations from Czech Republic, Poland and Hungary, it aims to strengthen the capacity of V4, in contributing to the creation of policies on European Union and NATO level. During the realisation of the project, starting in January of 2016 and lasting until the December of 2016, research/study trips and discussions will be held on universities in Bratislava, Budapest, Prague and Warsaw.

The first part of the project was held in Bratislava on 21st to 23rd of March. During these days experts from the V4 countries have met with the representants of several institutions. These meetings also included a university lecture, delivered by one of the experts at the Comenius University in Bratislava.

For the second part of the project, V4 experts have moved to the Prague. During the three day session on 4th to 6th of April, they have met with the representants of government as well as private sector. Beside that they have visited a cyber training centre – Cybergym. The university lecture was held on the Metropolitan University Prague.

Budapest hosted the third part of the project, on 18th to 20th of May. During these days the experts participating on the project have met with several relevant representatives of private and public sector in Hungary. They also delivered a lecture and discussion with the students of Corvinus University of Budapest.

On the 14. June 2016 Warsaw hosted the forth and last meeting of the project. Experts had metwith National Security Authority representatives and debates with representatives of Ministry of Administrative and Digitalization and Casimir Pulaski Foundation.

This project is supported by International Visegrad Fund.